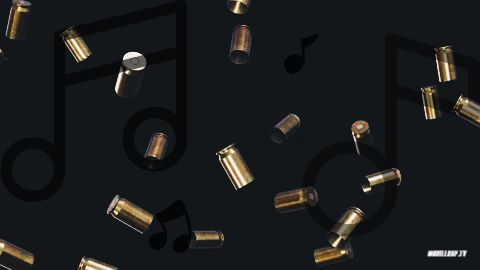 In The Trenches Wearing Trenches, No Cap. The Realest Hip Hop News updates

Much like the birth of Hip Hop in The Almighty Bronx, Drill Rap has spawned from the gritty lifestyle inner city kids are raised intertwined in. Chicago's inner city kids grow up and face the Black Disciple/Gangster Disciple ultimatum at malleable ages, making their choices null in void, being that their choice was made based on where their parents decided to raise them. Much like Gangster Rap, Drill Rap is not for the faint at heart. It's a graphic, gritty, gore-filled form of artistic expression spawned from Rap. Unlike Trap Music, Drill is alot less subliminal and focuses on more so on murders and shootings (drillings), rather than drug-dealing. Much like the birth of HipHop Rap, the genre is facing heavy scrutiny from common folk to politicians, and Drill Rap is now being blamed for the rapid increase in violence and murders across the world, really. Countries with a Drill scene include North America (Chiraq, BK, The Bronx New York , Louisville, Florida, Jersey, Cali, Dallas), The UK, London, Poland, Ukraine, Aussie, Jamaica, St. Kitts, Nevis, St. Thomas, St. Vincent, Trini, Newark, North Africa (Ghana, Nigeria, Accra), Colombia, Mexico, Rican, Dominican, and the list is only growing. Just like Wars between countries; as long as conflict is a possibility, gangs will spin, slide, drill, and ride, merch on dead homies, and pack up and smoke dead opps.

Keep Up On All Things Drill

Sign up to hear from us first for breaking news, sales, and events.